Starring Mike Colter, Marvel's Luke Cage on Netflix regularly includes references to books, authors and topics that viewers might want to consider taking a look at.

"A hoodie-wearing, unbreakable ex-con fights to clear his name and save his neighborhood. He wasn't looking for a fight, but the people need a hero." 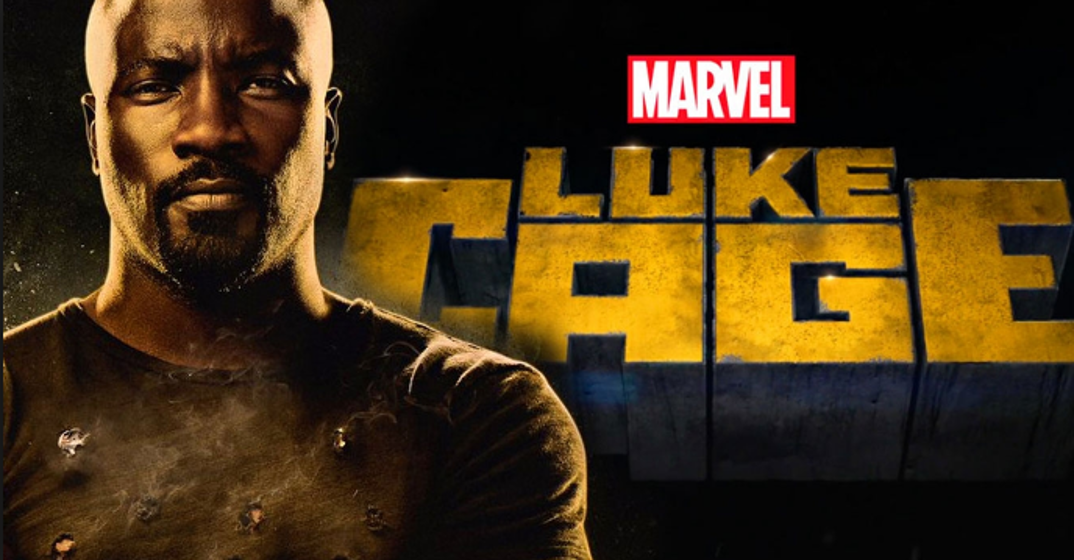 Here's a list of the literary references keen-eyed viewers have spotted during the programme's first season.

First published in 1952 and immediately hailed as a masterpiece, Invisible Man is one of those rare novels that have changed the shape of American literature. For not only does Ralph Ellison's nightmare journey across the racial divide tell unparalleled truths about the nature of bigotry and its effects on the minds of both victims and perpetrators, it gives us an entirely new model of what a novel can be.

As he journeys from the Deep South to the streets and basements of Harlem, from a horrifying "battle royal" where black men are reduced to fighting animals, to a Communist rally where they are elevated to the status of trophies, Ralph Ellison's nameless protagonist ushers readers into a parallel universe that throws our own into harsh and even hilarious relief. Suspenseful and sardonic, narrated in a voice that takes in the symphonic range of the American language, black and white, Invisible Man is one of the most audacious and dazzling novels of our century.

Twelve remarkable folk tales, culled from the black experience in Africa and America, are freshly retold in the thoroughly original voice of Julius Lester. Arranged by topic - Origins, Love, Heroes, and People - the tales combine universal themes and uncanny wisdom. Though some of these stories have been around for centuries and many were passed down by slaves, Julius Lester's urban expressiveness and Tom Feeling's spirited illustrations give them continued resonance for today's audience.

Outliers: the Story of Success

In this stunning new book, Malcolm Gladwell takes us on an intellectual journey through the world of "outliers"--the best and the brightest, the most famous and the most successful. He asks the question: what makes high-achievers different?

His answer is that we pay too much attention to what successful people are like, and too little attention to where they are from: that is, their culture, their family, their generation, and the idiosyncratic experiences of their upbringing. Along the way he explains the secrets of software billionaires, what it takes to be a great soccer player, why Asians are good at math, and what made the Beatles the greatest rock band.

The Attica prison riot began on September 9, 1971, when about 1,000 of the approximately 2,200 inmates in the Attica Correctional Facility, in Attica NY rebelled and seized control of the prison. The riot was based in part upon prisoners' demands for better living conditions - Attica was severely overcrowded at the time - but may also have been triggered in part by an recent incident at San Quentin Prison in California, where George Jackson, a black radical activist prisoner, was shot to death by corrections officers on August 21.

Little Green and others in the Easy Rawlins series

When Walter Mosley burst onto the literary scene in 1990 with his first Easy Rawlins mystery, Devil in a Blue Dress "a combustible mixture of Raymond Chandler and Richard Wright" he captured the attention of hundreds of thousands of readers (including future president Bill Clinton). Eleven books later, Easy Rawlins is one of the few private eyes in contemporary crime fiction who can be called iconic and immortal. In the incendiary and fast-paced Little Green, he returns from the brink of death to investigate the dark side of L.A.'s 1960s hippie haven, the Sunset Strip.

Under the pseudonym Al C. Clark, Goines created a serial hero, Kenyatta, who was named after the 'father of Kenya', Jomo Kenyatta. The four-book series, beginning with Crime Partners (1974), was published by Holloway House. Kenyatta is the leader of a militant organization which aims at cleaning American ghettos of drugs and prostitution. All white policemen, who patrol the black neighbourhoods, also are his enemies. Cry Revenge! (1974) tells of Curtis Carson, who is tall, black, and used to giving orders. He becomes the nightmare of the Chicanos, who have crushed his brother. Death List (1974) brings together Kenyatta, the powerful gang lord, Edward Benson, an intelligent black detective, and Ryan, his chisel-faced white partner, in a war against a secret list of drug pushers. In the fourth book, Kenyatta's Last Hit (1975), the hero is killed in a shootout.

George P. Pelecanos (born 1957 in Washington, D.C.) is an American author of detective fiction set primarily in the capital of the United States, Washington, D.C. He is also a film and television producer and a television writer. He has worked extensively on the HBO series The Wire. His novels use an ensemble cast of characters, following their exploits across several generations. While there are some elements of redemption for these characters, Pelecanos tends to focus on hard-luck, small time criminals and crooked cops whose only way to survive on the crime infested streets of D.C. is to get over any way they can. His gritty depiction of street life spanning from the late 1960's to the present puts him in the running as an heir to the work of Jim Thompson and James M. Cain.

A self-described "middle class Jewish kid," Price grew up in a housing project in the northeast Bronx. Today, he lives in New York City with his family.

Price graduated from the Bronx High School of Science in 1967 and obtained a BA from Cornell University and an MFA from Columbia. He also did graduate work at Stanford. He has taught writing at Columbia, Yale, and New York University. He was one of the first people interviewed on the NPR show Fresh Air when it began airing nationally in 1987. In 1999, he received the American Academy of Arts and Letters Award in Literature.

Dennis Lehane (born Aug 4th, 1966) is an American author. He has written several novels, including the New York Times bestseller Mystic River, which was later made into an Academy Award winning film, also called Mystic River, directed by Clint Eastwood and starring Sean Penn, Tim Robbins, and Kevin Bacon (Lehane can be briefly seen waving from a car in the parade scene at the end of the film). The novel was a finalist for the PEN/Winship Award and won the Anthony Award and the Barry Award for Best Novel, the Massachusetts Book Award in Fiction, and France's Prix Mystere de la Critique.

Ernest Ralph Tidyman took his first breath on Jan. 1, 1928, the son of a veteran police reporter for the Cleveland Plain Dealer. At age 14, he dropped out of school and, concealing his youth, won his own police-reporting gig with the rival Cleveland News. Following a two-year stint in the U.S. Army, Tidyman returned to Cleveland and worked as an editor for The Plain Dealer before moving to such dailies as the New York Post and The New York Times.

Can't Stop Won't Stop: a History of the Hip-hop Generation

Forged in the fires of the Bronx and Kingston, Jamaica, hip-hop has been a generation-defining global movement. In a post-civil rights era rapidly transformed by de-industrialization and globalization, hip-hop gave voiceless youths a chance to address these seismic changes, and became a job-making engine and the Esperanto of youth rebellion. Hip-hop crystallized a multiracial generation's world-view, and forever transformed politics and culture.

The 48 Laws of Power

This amoral, cunning, ruthless, and instructive book synthesizes the philosophies of Machiavelli, Sun Tzu, and Carl Von Clausewitz with the historical legacies of statesmen, warriors, seducers, and con men throughout the ages.

The Heat's On and others in the Harlem Cycle

Detectives Coffin Ed and Grave Digger Jones are in the hot seat in one of the most chaotic, brutally funny novels in Chester Himes's groundbreaking Harlem Detectives series.

Tara Betts from Black Nerd Problems has expanded on these references to create The Luke Cage Syllabus. If you want to expand on the topics raised in the books referenced in the episodes, take a look at her list.

These references intersect with another book list on this site. A look through Akala's Great Reads covers similar topics and issues and is well worth a look for links to Akala's regular book videos. It even lists some of the same titles.

Readers are storing over 10,000 ebooks, digital comics and magazines in their online libraries.