What can be better than an espionage, geopolitical, sci-fi, near-future, action thriller?

Both Europe in Autumn and Europe at Midnight, by Dave Hutchinson combine a believable and prescient view of a soon-to-be Europe with a strange, almost fantastical twist. It reminds me in part of China MiÃ©ville's The City and the City, while also showing flashes of William Gibson's Pattern Recognition, with its "technocultural future-present" setting.

But Dave Hutchinson is, in no way, following a trend here. His work reminds me of those other authors, but the Europe books stand on their own, in a strange, politically-aware way.

Dave Hutchinson displays a keen awareness of the current political state of Europe, down to the relationships between the countries of the United Kingdom and Cornwall's campaign for recognition. Another reviewer, Paul at The Eloquent Page, has noted:

"It feels like the events in this novel are almost a natural continuation from the current political climate we find ourselves in. There is a horrible sense of Orwellian inevitability about it all..."

In Europe in Autumn we follow Rudi, a chef turned coureur. Coureurs are a kind of smuggler, counter-intelligence, fixer of this decaying Europe. They move packages and people between countries that form and collapse at a rate of months. Rudi, and the reader, is introduced to this role through training, minor jobs and a rather loose-cannon tutor. Of course, this all leads to that inevitable package that changes everything.

From then on it really is a roller-coaster ride. We leave Gibson behind, shoot past MiÃ©ville and head into Hutchinson territory. 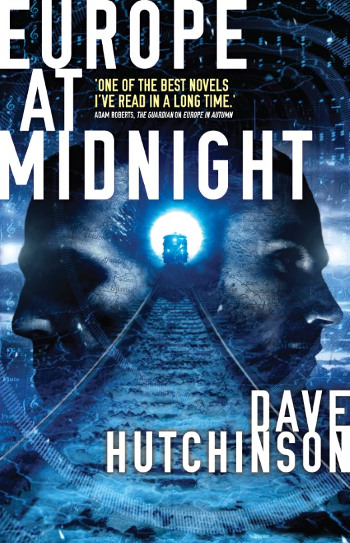 Europe at Midnight introduces us to other characters, different viewpoints and more weirdness. No less a roller-coaster and no less exciting.

We learn more about the secrets and history of a hidden world. Follow agents, operatives and fugitives across this new, but familiar Europe. Our viewpoints expand and we are drawn along in a torrent of exciting and intriguing action.

Europe in Autumn was nominated for the 2015 Arthur C. Clarke and John W. Campbell awards. Europe at Midnight must surely be nominated for some awards in 2016.

A third book is on its way. I'll certainly be buying it.

And if you're wondering why the sub-title alludes to the books' success being a surprise to the author, read his post about Europe at Midnight.

Both books are published by Solaris Books and are, of course, available DRM-free:

Readers are storing thousands of ebooks, digital comics and magazines in their online libraries.

Expand your storage with a Paid Plan