I've always been a fan of period Japanese culture, so finding a demon hunting, Sam Spade-like character tackling ghosts and conspiracies in that setting was a surprise treat. 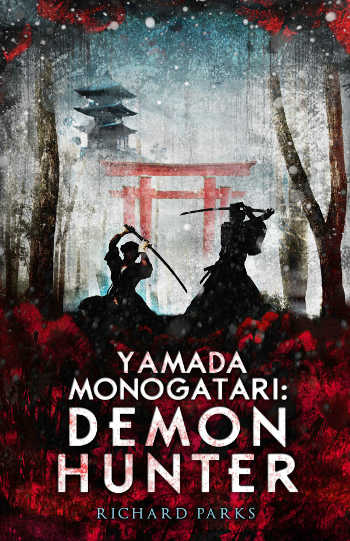 The Yamada Monogatari series, by Richard Parks, is a rich, detailed insight into both the Japanese period I enjoy so much and the mythology of ghosts, demons and spirits that filled the storytelling and superstition of the time. The title means 'Tales of Yamada' and the description for the first book in the series, Demon Hunter, is described on Weightless Books as follows:

In an ancient Japan where the incursions of gods, ghosts, and demons into the living world is an everyday event, an impoverished nobleman named Yamada no Goji makes his living as a demon hunter for hire. With the occasional assistance of the reprobate exorcist Kenji, whatever the difficulty - ogres, demons, fox-spirits - for a price Yamada will do what needs to be done, even and especially if the solution to the problem isn't as simple as the edge of a sword. Yet, no matter how many monsters he has to face, or how powerful and terrible they may be, the demons Yamada fears the most are his own.

Yamada no Goji is a likeable character. Troubled, usually drunk on sake and never at his best. He is nonetheless an excellent swordsman, an expert demon hunter and a trusted friend to good-hearted nobles and wayward monks. An uniquely likeable character, very much of the ilk of the Raymond Chandler gumshoe on whom he's based - flawed but always dangerous.

The Author and His Niche

Richard Parks is an accomplished and prolific author. Search results for his work invariably include an endless list of science-fiction and fantasy magazines or anthologies that contain his stories - which makes finding his novels a right pain. His work has been included in Asimov's SF, Realms of Fantasy, Fantasy Magazine, Weird Tales and many others. 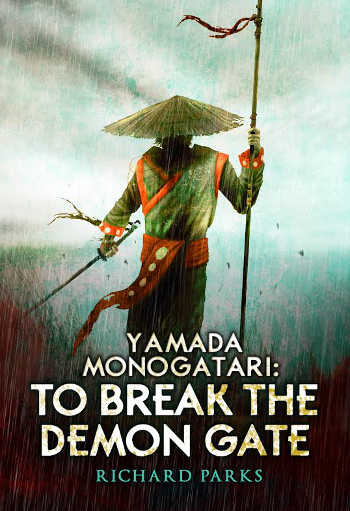 It was the unique theme of the Yamada Monogatari series that grabbed me though. The outstanding covers help, as always, but I wouldn't normally expect to find these kinds of novels appearing in any popular fantasy listings. It takes a confident and niche-aware publisher to support a title such as this. And backing an entire series of novels says a lot about their expectations and desire to support their genre.

The fantasy genre is filling up nicely, but uniqueness is not a trait usually ascribed to it's stories. With a slew of grimdark novels following the Game of Thrones trend, it's difficult to find something that's fresh, funny, heart-breaking and historically accurate (well, the non-spirit stuff anyway). Coming across this book on Weightless was a nice surprise. Getting it free after re-subscribing to Clarkesworld Magazine was even better. I doubt I would have found this series, or this author for that matter, if it wasn't for the fact I'm now determined to buy only DRM-free e-books.

Where else would you find a tale such as this, if not in a bookshop that is able to carefully curate its chosen genres and from a publisher that knows what works, what could sell and what readers will enjoy without settling for a seat on the bandwagon.

Here's to The War God's Son and many, many more.

Readers are storing thousands of ebooks, digital comics and magazines in their online libraries.

Expand your storage with a Paid Plan